What is Binance Coin(BNB) and is investing in it a smart choice? 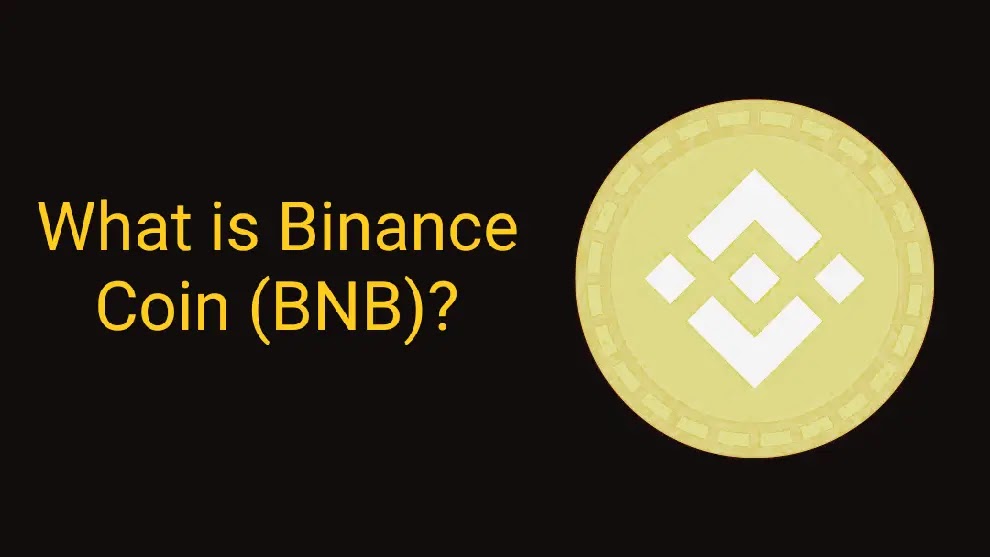 The qualitative leap in technology has brought about a number of changes to the structure of the digital economic system. Among these changes is the emergence of digital currencies and their spread to a large extent in various aspects of financial transactions in the economic field.

Similar to the spread of digital currencies, a group of platforms for exchanging, selling, buying and trading digital currencies have emerged. There is no doubt that the most famous of these platforms is the Binance platform, which is currently the leader with about 30 million users around the world.

As a result of this popularity, the Binance platform has taken many steps that have strengthened its strength and popularity. Among the most prominent of what it has done is the launch of the Binance Coin currency, which has spread widely in the field of digital currencies.

This is the topic of our article today about Binance Coin, its project, its security, and whether it is worth investing in or not.

What is Binance Coin (BNB)?

Binance Coin is a digital currency launched by the Binance platform itself, with the aim of enabling investors to pay fees for exchanging and trading cryptocurrencies on the platform, and this coin is an excellent alternative to payment instead of the cryptocurrencies themselves.

It is worth noting that by June 2021, the platform had recorded nearly 1.4 million exchanges per second, meaning that it had become the largest trading platform in the world.

Launched in July 2017, this coin was built on the Ethereum blockchain system according to the ERC 20 standard, and 200 million coins have been put on the market.

The coin was also rooted by creating a Binance blockchain called the Binance Smart Chain and placing Binance Coin on it, meaning that it became the original coin of its own blockchain, or Native Coin.

Since then it has been developing to become the fifth currency in the world in the cryptocurrency market with a very small difference from the fourth currency USD Coin and after the currencies of Tether, Ethereum and Bitcoin.

Since its inception, the currency started as only a way to pay fees for the exchange and trading of cryptocurrencies. But with time, the scope of these uses expanded to include many services.

Services such as: travel reservations, entertainment services, financial services, e-payments can even be used to pay for a subscription. Canva is the design tool we use.

Then there were strong reactions towards the Binance platform, which made the Ministry of Justice open an investigation file on this platform due to the suspicion of illegal money laundering, but this is something that needs another separate article to talk about.

Here is the official link for Binance Coin

What are the advantages of Binance Coin?

Binance Coin has many characteristics and features, the most important of which are:

1. The possibility of currency trading in various trading platforms

Binance Coin is no longer just limited to the Binance platform, but has evolved to become an icon in all known cryptocurrency platforms.

Everyone now knows that it has become the number 4 currency in the world in the ranking of cryptocurrencies, so investors can trade it on various popular cryptocurrency exchanges such as Coinbase, Gemini, Kraken and others.

2. The fees for using the Binance platform are not too high

What distinguishes Binance Coin also is the ability to pay the fees for trading, buying and selling at a lower rate than the fees paid directly.

Binance is known to charge a small fee of 0.1% on every crypto trade, and with BNB the fee is even lower.

3. Possibility to pay in currency

The currency can also be a means for all kinds of services and goods that you want to buy, as there are many things that are paid for, such as financial and entertainment services and the sale and purchase of products and goods of all kinds.

Of course, this primarily concerns companies that support payments using cryptocurrencies such as Moonbet, 1xbit, SimpleFX and other famous companies.

4. Possibility to organize and pay for travel reservations in currency

Even for a travel booking service, it is possible using Binance Coin, where you can now book your flight and schedule your travel directly using the coin without having to pay traditionally.

There are many sites that allow you to book your flights using cryptocurrency, such as Alternative Airlines, TravelByBit provided by Binance itself, and many others.

5. Possibility to invest in currency

As with all cryptocurrencies, BNB is investable, and even considered one of the strong currencies to invest in.

This does not come out of nowhere, as we already know that this currency has recently been ranked between the fifth and fourth in the world, and is only surpassed by Bitcoin, Ethereum and Tether.

Therefore, this coin is a good investment, and we will explain everything related to investing in Binance Coin in the coming paragraphs.

What is the Binance Coin (BNB) project?

BNB was in its infancy running on the Ethereum blockchain with the ERC 20 standard before now becoming the original coin of the Binance platform.

When the coin's ICO was launched, nearly 200 million BNB coins were produced. The percentage of owning these coins has been divided into three categories.

The division came to include 3 basic categories, the first category is the angel investors who were offered 10%, then the second category is the founding team, who in turn were offered 40%, and finally the third category, which was offered 50%, which is the various participants in the currency.

Of those funds raised by the coin's ICO process, Binance officials have allocated half of that proceeds towards marketing the Binance brand and improving its reputation.

While a third is dedicated to building the Binance platform, improving and making updates to its ecosystem.

This made us see how much progress and development both the platform and its currency have become as well.

There is also an issue related to the amount of coins that were burned, and here it should be noted that all digital currencies, whatever their type, a certain amount of them are produced, after which a certain percentage is burned and the remaining percentage is distributed to the groups benefiting from the currency.

This is in order to maintain the balance of the currency in the market and to control the price. When some currencies are burned, the demand for the available increases, and thus their prices increase and become more popular.

With regard to the burning of the Binance Coin coin, the burning process included one fifth of the BNB coins produced. Since the coin’s inception in 2017, up to 100 million BNB have been burned with about 19 burnings so far.

Is Binance Coin safe to invest in?

Now we come to the coin investing part, here it is very important to do some analysis about Binance Coin and make sure it is really worth investing or not! This is what we will stand on in the next paragraphs.

And not only that, but the price continued to rise tremendously until it achieved the largest percentage increase for the currency, which reached 675 dollars.

Then, because of the pandemic that the world has known, some big complications were necessary, and thus the price of the currency witnessed a significant decline and fluctuations, as its price in October, for example, reached 333 dollars.

But then it reached $511 at the end of the year, and since then the price has fluctuated between $300 and $500 until it settled at the date of writing the article to $312, after the cryptocurrency massacre.

Based on these data, we conclude that the Binance Coin is a safe and reliable investment for the future, due to the dominance of the rate of increase in the rate of its decrease.

Not to mention that Binance is currently one of the most popular cryptocurrency trading and exchange platforms. So you can invest in Binance Coin with ease and without worry.

Read also : Sweatcoin Pays You To Get Fit

What are the pros and cons of BNB coin?

As for the pros and cons of Binance Coin, they are as follows:

Using BNB currency allows you to reduce the fees for using the platform.

BNB is a very popular coin with a solid reputation as it is considered number 5 globally out of the 20,000 coins in the market today.

There are smart contracts on Binance's new blockchain called the Binance Smart Chain.

The Binance platform is a major target of cyber attacks.

What you need to know before investing in Binance Coin

You should know some important things about that currency before you invest in it, which are:

1. BNB is not just a trading currency

You should know that Binance Coin is not just a currency for trading, paying fees or buying and selling, but it is also used for the exceptional purpose of launching smart contracts, or as Smart Contracts is termed.

Smart contracts are used to create micro-modules of automated code in a blockchain database, helping to develop thousands of decentralized applications in no time.

Read also : How to create your own cryptocurrency (it's not too difficult)

Most of these countries have negative impressions about digital currencies and trading in general, as they consider work in this field as an excuse to commit many financial crimes, most notably money laundering.

1. What is Binance Coin?

Binance Coin or BNB is a digital currency developed by the popular trading platform Binance, and was initially built on the Ethereum blockchain system according to the ERC 20 standard, and 200 million coins have been released to the market.

Now that the platform's blockchain system called the Binance Smart Chain has been developed, it has become a native or Native Coin on it.

2. Is Binance Coin worth investing in?

Definitely BNB is worth investing in, firstly it is very safe and its prices are constantly increasing most of the time.

The price of the currency doubled in just two years by 900%, which created very large profits for the investors who used to own or trade in it.

Read also : Cloud Mining: The Easiest Way to Get Cryptocurrency

3. How can I buy and trade Binance Coin?

You can buy Binance coin through Binance cryptocurrency exchange or now through many other trading platforms.

The currency is the fifth in the world at the time of writing this article, which makes it very important and available on most trading platforms.

Binance Coin or BNB is one of the most important cryptocurrencies in the market today, and one that is definitely worth investing in.

In this article, we have provided you with all the information you need to know about Binance Coin, If you have any other questions or inquiries, ask us in the comments.