Why learning Chinese has become a smart decision in recent years 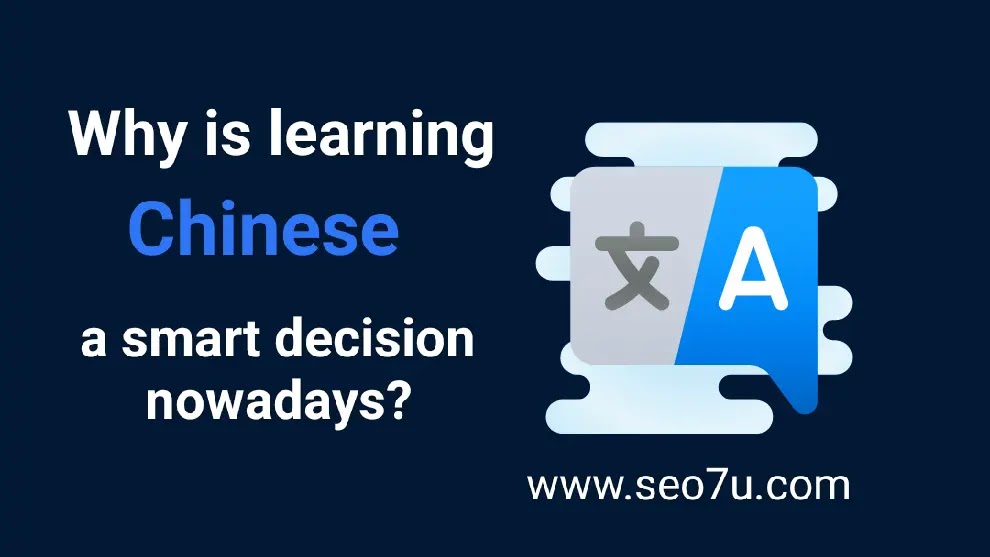 Do you dream of reaching a prestigious job in major companies after graduation or before that? Are you looking for a skill to secure your placement after college?

Do you want to learn a new language other than your mother tongue in order to allow yourself job opportunities in other more distinguished fields?

Why don't you start learning Chinese, learning that language is more secure than any medium you are looking for for employment, adding it to your CV makes you distinct from other applicants for the job you want.

Which qualifies you to get many job opportunities before graduating from university, and it is also what achieves you what everyone of your age desires, which is early financial independence from the family… Will you miss the opportunity?!

Why should you learn Chinese rather than other languages?

In the section below, I will give you a set of reasons that I see as strong reasons for learning the Chinese language, especially for Arab youth who want to embark on a new world of opportunities.

1- Chinese is one of the most widely spoken languages ​​after English, as it is spoken by a fifth of the world's population, or more than one billion people, starting from Beijing in the north to Singapore in the south.

Your proficiency in this language gives you the opportunity to travel and engage with the peoples of the countries neighboring China, which are home to a significant proportion of Chinese origin in Indonesia, Malaysia and the Philippines.

Imagine that you are fluent in the language spoken by a billion people on the planet, doesn't this mean a lot on a practical and cultural level as well.

2- Because the strength of the language is closely related to the strength of the state's economy, the Chinese language predicts a lot of the possibility of its spread significantly in the near future, especially since China is the second largest economic power in the world after the United States.

It has also become a trading partner for many countries, which prompts many to learn the Chinese language to learn about the culture of that people, which had an impact on the establishment of a major economic power that dazzled everyone.

3- Learning chinese is not difficult

The Chinese language is the last remaining pictorial language in the world, as it contains drawings and figures such as hieroglyphs, which puts it in a distinct position from the current languages.

Also, learning it is not as difficult as you imagine, you are not required to learn how to write it literally, but it is enough to learn how to speak and read it, and this is the most important thing in order to be able to communicate with those who speak it.

Chinese does not have a special conjugation for verbs such as English and French, so you will not need a lot of time to memorize the conjugation of each verb according to the tenses, but it is enough for you only to add a specific date or time to your sentence to indicate the time.

It is also nice to learn Chinese that you are not required to memorize most of its words. It is enough for you to memorize between 2000 and 3000 words to be able to speak or read a novel or book in Chinese.

4- China has good relations with most countries in the world

China is one of the giant countries in the world that has good relations with most countries, or let’s say there is no enmity between it and the countries in general, and this works in the interest of those who want to learn the Chinese language, as good relations between countries open opportunities for cultural, economic and educational exchange, and participatory programs Grants...etc.

5- Easy to travel to China

Compared to the United States of America and European countries, the China travel visa is easier to obtain for citizens of most countries, and this represents a very good advantage and a strong reason for you to learn Chinese and travel to China.

6- Learn the secrets of the products (Made in China)

“Made in China” is a word written on most of the things we use in our lives… Imagine that you can understand this language, and access Chinese websites to learn about the prices of these products in China, and the technology and science behind the manufacture of these products.

Your learning of the Chinese language will open before you a treasure trove of information that, with the intelligent use of it, can make a fortune.

Opportunities you can get by learning Chinese

With the strength of the Chinese economy day by day, the opportunities that you can have become unlimited if you master this unique language.... Here are some of the most important of those opportunities:

Due to the increasing economic influence of China, it has become the largest trading partner in most countries of the world, which opens the way for companies to employ those who speak fluent Chinese so that they can build stronger business transactions represented in attracting investors and interacting with the Chinese market.

Therefore, your proficiency in the Chinese language gives you the advantage of winning job opportunities in any of these companies, and prepares you for the job market more, regardless of your academic qualification.

If you have a desire to enter the tourism field, you will have many jobs, including working as a tour guide in a museum or tourism company, or through your work as a translator for Chinese groups in any of the well-known hotels.

Read also: Working on the Internet (31 ways to make money from your home 2022)

This is an interesting field that generates a very satisfactory income, especially if you have the skill to speak a different and distinct language other than English and French.

Your proficiency in the Chinese language not only opens the door for you to work in major translation offices or companies, but also opens the opportunity for you to work as a translator for United Nations institutions.

It enables you to engage in a multilingual and multicultural environment, and to communicate with politicians from different countries, Thus, you will have many professional opportunities at the international and local levels.

If you prefer freelancing through the Internet as a freelance translator, this will also give you a higher income, by creating your own profile and displaying it on freelance platforms such as Fiverr, Guru and upwork.

Read also: What are Freelance Platforms and Top 7 Trusted Platforms 2022

Did you know that the profession of teaching languages ​​has become one of the professions that generate great income, especially for university students and recent graduates.

All you have to do is get a training course on how to teach the language you want to teach to all ages, and you can get such a course through the Internet and it will only take one month.

The trend in the field of language education has become more inclined to other languages, especially those whose strength stems from the economy of their country, such as Chinese.

Also, the opportunities to teach it will become one of the things that are in great demand over time, so whatever field you work in, you can turn your skill in that language into an additional source of income.

This is done by working as a lecturer or teacher in one of the educational institutions specialized in teaching languages, which provides very satisfactory salaries for those who possess another language that enables them to teach it on a full-time or temporary basis.

You also have the opportunity to teach the Chinese language through educational platforms that many turn to to learn different languages ​​online, such as italki, which allows you to teach through it.

Where the money is transferred to you via PayPal, the platform also helps you prepare the content in the form of short videos that are suitable for the learner.

Not only that, but it also opens the way for you to teach your native language to Chinese speakers, by joining one of the volunteer programs offered by many international volunteer organizations that give young people many opportunities to travel.

Read also: What is a Portfolio and How to Have a Professional Portfolio

4- Win a scholarship or travel within cultural exchange programs

Learning the Chinese language opens the doors for you to travel to the countries of East and Southeast Asia with ease, especially if you intend to apply for one of the cultural exchange programs organized by the embassies of those countries for young people from different countries.

As the language factor will increase your chances of being accepted into these programs, which allow you to travel completely free of charge, which enables you to learn about the largest ancient cultures in history, as well as communicate with different ethnicities without the need for an interpreter.

In addition, you can take advantage of this wonderful opportunity and apply for scholarships, whether for bachelor's, master's or doctoral programs, which are provided by the largest and most prestigious Chinese universities for young people.

Especially for those who are fluent in Chinese, as their acceptance rates for these scholarships are higher than others, which qualifies them to achieve their dream of studying abroad in any discipline they desire, and in a country that ranks 25th among the list of the best countries in the world in education for the year 2017.

In the end, I would like to remind you that, contrary to popular belief, the Chinese language is not difficult, but it is different due to the simplicity of its rules compared to the rules of other languages ​​such as English and German.